Part of my justification for getting my Model S was that my old Acura MDX SUV was at 190,000 miles and my daughter was about to start driving and needed a nice safe car. I’m a country music fan and one of my favorite songs is Watching You by Rodney Atkins. One small part of that song is:

“I wanna do everything you do. So I’ve been watching you.”

That sounds great and we should be setting an example for our children and the next generation to follow, but I found out it can also be frightening when you own an electric vehicle.

Here are 5 things to be careful of if you drive an EV and have kids starting to drive:

We take this for granted, but this is an important point. As EV drivers we’re disgusted by the gasses that come out of ICE cars and make jokes about having mandatory emissions testing on our EVs when there’s nothing to test.

Before kids start to drive they pay very little attention to the process. How to get from point A to B, how to fill the car with gas, what to look out for etc. And then when they actually start driving they think they know it all.

This week my daughter scared the heck out of me. She went out to the garage early to start her car so we could drive to school. I was finishing putting some things away in the house and came out about 5-10 minutes later. She was sitting in the garage in the big SUV with the engine running and all the garage doors closed. I walked into that garage and I could hardly breathe. I was frightening and immediately opened all the doors. Fortunately it was quick enough and everyone was fine but it was a scary experience.

When I spoke to her about it she said “But dad, you have your car running in the garage all the time without the doors open.” It’s true, I do. I fiddle with with my car for blog posts or just for fun, I clean it with the music going, and generally don’t worry about emissions. She’s been watching me and did what I did — and that was dangerous. We had a long chat about not breathing the stuff that comes out ICE cars.

Warn your kids about noxious emissions and safety precautions.

2. ICE cars burn fossil fuels which can be dangerous to handle 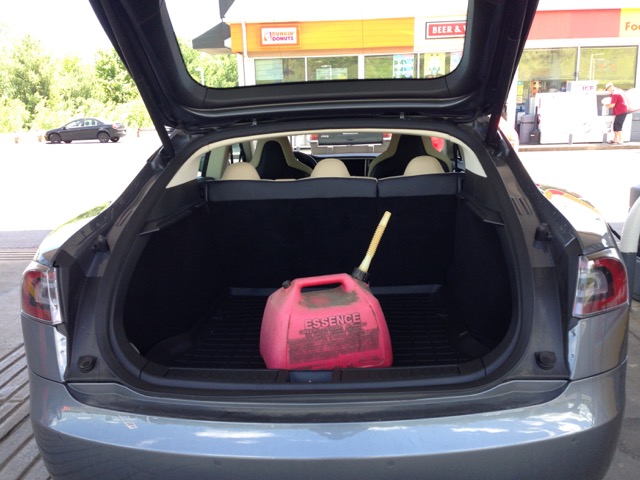 I still visit the gas station from time to time

The big SUV gets a measly 20MPG and her drive to school and skating etc is quite a few miles so she’s going to be filling up a lot. The other day the tank was low (don’t get me started on empty/full vs a percentage or range for an indicator!) and we went to get filled up.

Here in the wonderful state of Massachusetts you have to pump your own gas at most gas stations. We pulled up and she got out to fill it, but she had no idea where or how to start. It doesn’t help that nobody reads instructions any more, but what was worse was that she hasn’t seen me fill a car in the last 18 months — she had no point of reference for the procedure.

After we covered the basics and gas started to flow, and like any teenager these days, the cell phone came out during the wait time and yet again I was concerned. While there is probably very little chance of a cell phone causing some kind of spark or explosion, it is not recommended to be using electronics while you’re pumping gas. I explained to her about the fumes and sparks and the danger of blowing herself up. She reluctantly put the phone away.

As she finished pumping and put the nozzle away she dribbled some of the precious fluid on the car and on the ground. I explained how that stuff was a carcinogen and that she should definitely not get it on herself and that it was bad for the paint and the environment too. She was starting to get the point, these ICE cars are not just dangerous when they’re moving.

Gas is a dangerous fluid to be handled carefully.

Since my daughter will be driving the car daily and putting on a lot of miles she’s going to have to watch the service intervals. Newer cars like this Acura have a service reminder that goes off and tells you when you need a service and what kind of service it is.

She was surprised when I mentioned all these services that we’re going to have to coordinate and the costs involved — she knows my Model S has no regular service required. Keeping up on the service intervals for the ICE was going to be a real pain.

Then I showed her the dipstick and explained its use and operation and she was horrified. At 190K miles you really can’t wait for the service intervals to be checking your oil levels…

4. ICE cars are expensive to drive

In addition to commenting on the inconvenience of stopping at the pump, at the first gas pump experience she also noticed the cost of filling up for the first time. It was about $55 to fill the tank. That’s about a weeks worth of pay for her part time jobs after school and on the weekends and covers maybe a weeks worth of gas. I’ll be paying for the gas she needs to go to school and to her sports and other commitments, but I made it clear that trips to the mall etc. were going to be on her dime. Each trip to the mall is 2 less Starbucks she’s going to have and that is a real motivator to keep the miles down!

While gas prices have dropped recently and electricity is crazy expensive in my area, an EV is 1/3 to 1/5 the cost of an ICE car to travel the same number of miles and that doesn’t take into account the costly maintenance for the ICE. That old SUV is safe and cool but at 20MPG it isn’t terribly efficient.

Gas is expensive and fuel efficiencies are low.

5. ICE cars need to be turned on and off

After 18 months of living with the Model S we’ve all gotten used to pulling into a parking spot and walking away while the car takes care of shutting itself off and locking up. While my daughter hasn’t been driving my Model S, she’s been watching me and I never touch my key. We’ve had several times now where she’s driving and we get where we’re going and we get out and forget to turn off the engine or lock the car. Usually one of us remembers before we get too far, but its crazy how quickly you get used to a car doing these simple tasks for you.

Don’t forget to turn off the ICE and lock the doors.

As we all transition to more and more electric vehicles in our lives and cars that can drive themselves we need to constantly remember that not everyone has an EV or autopilot and we need to be extra careful on education while we’re transitioning from the old ICE-age to a more refined and evolved form of transportation. 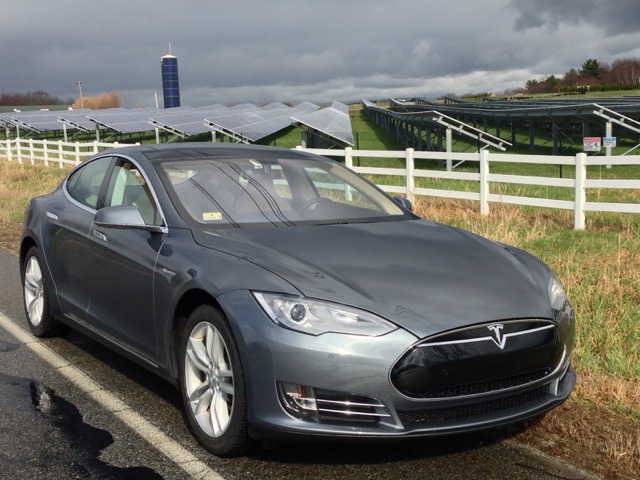